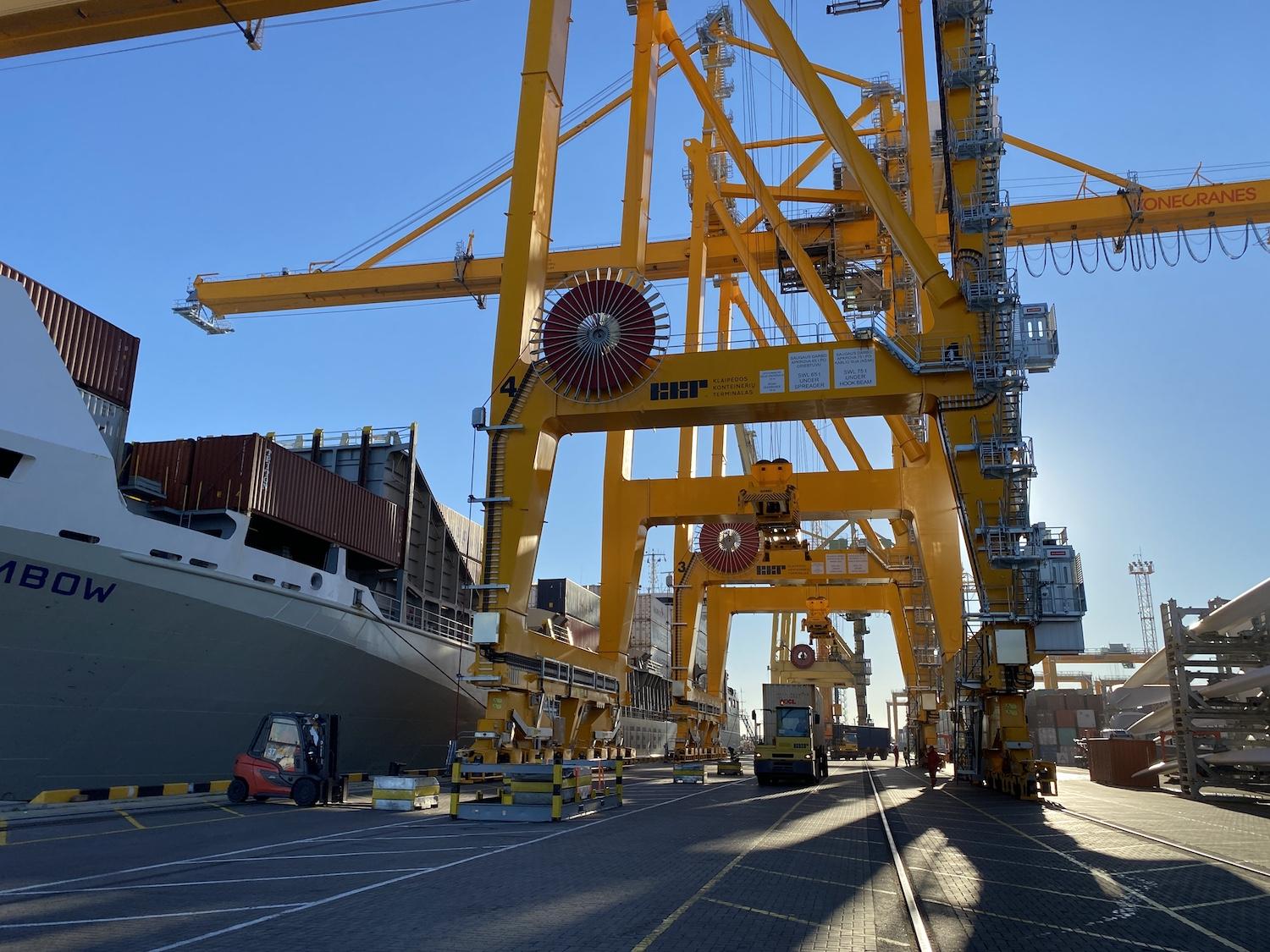 Klaipėda Container Terminal (KCT) ended the year with exceptional success, increasing the volume of cargoes for the fifth year in a row and reaching a stevedoring result of a total of 5.9 million tons. Vaidotas Šileika, the CEO of the company, says that despite the fact that there was a lot of uncertainty due to the global pandemic, supply chain disruptions and other unfavorable political circumstances, 2021 was a breakthrough year for KCT.

KCT terminals serviced 13 percent more ships than in 2020. Stevedored 70.5 thousand tons of oversized cargo, which is 3 times more than in previous years and an all-time record.

In 2021 Ro-Ro cargo volumes more than doubled up to 722.4 thousand tons and took a significant position in the total cargo turnover of KCT.

Despite a 1.3% drop in container stevedoring last year (428,065 TEUs handled), KCT still maintained its lead by stevedoring 63% of all containers of Klaipėda port.  The decrease in container cargo volume was offset by a 13% increase in general cargo stevedoring.

2021 was a special year for KCT:  the capacity of the container terminal was increased to 700,000 TEU per year, the draft at the quays was deepened to 13.4m, most of the quay was renovated, two new powerful STS cranes were built, and new equipment was commissioned at the container yard. Modern technical workshops were built, and the pace of construction of new household premises really picked up.

Although 2022 will not lack challenges of its own, KTG will continue to invest consistently in new and environmentally friendly equipment, terminal yard infrastructure, internal process improvements, and employee well-being.