9th of February was a very special day for the company. 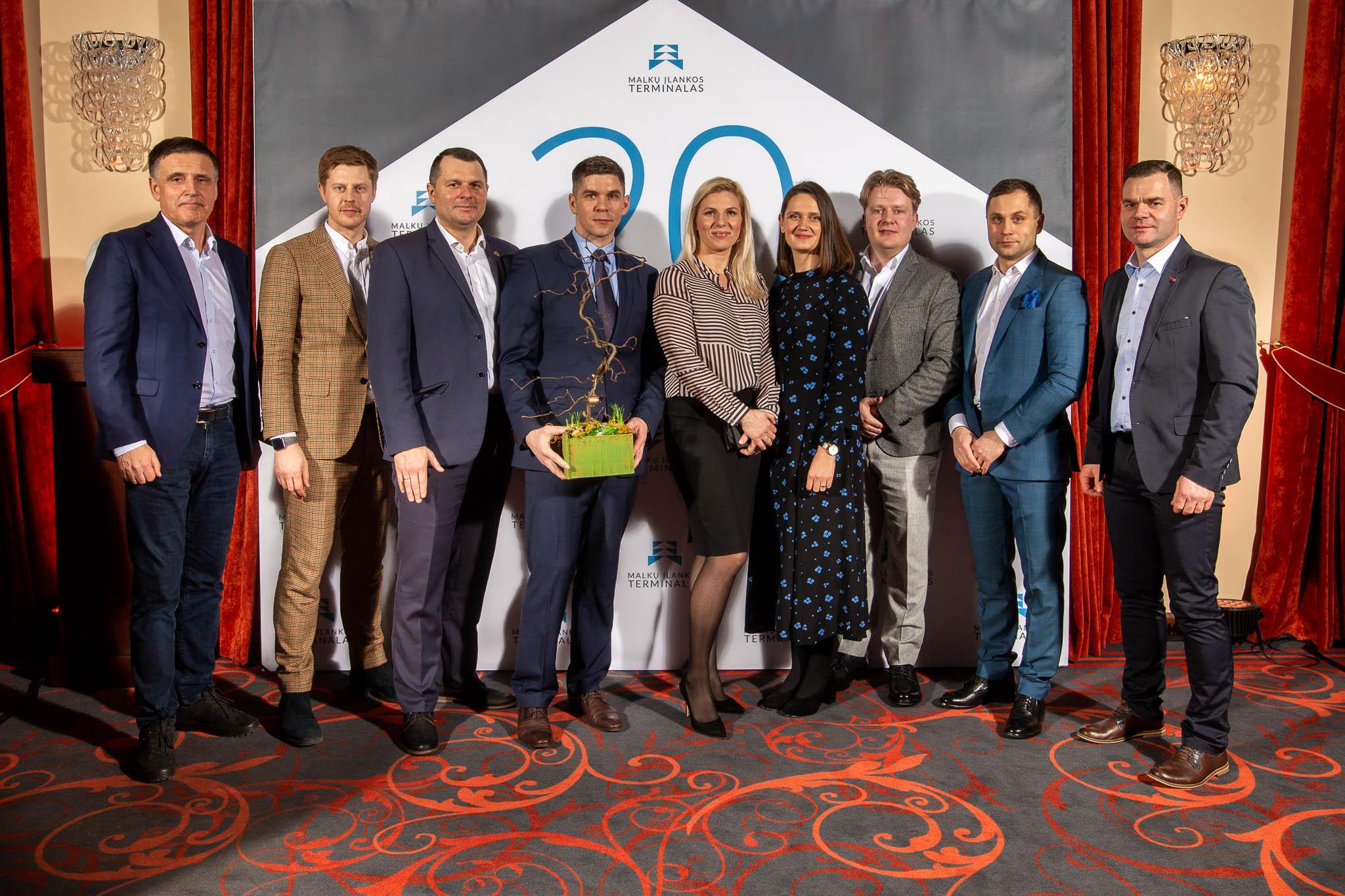 JSC Malkų Įlankos Terminalas was registered in 2000. Launched its operation in the port after winning the land lease tender announced by Klaipėda State Seaport Authority. Before MIT was established here, there was no infrastructure whatsoever in this part of the Port. The terminal started to develop on a 4 hectare land plot of the Port. The length of quays was 180m. The main activity at that time was timber handling. Today, the territory of MIT covers an area of 18ha, the length of the quays is over 400m, and the cargo portfolio includes not only of wood but the bulk cargo as well.

As we recall the events that are historical and important to MIT, the especially rapid growth of the terminal started in 2011: the construction of the bulk cargo terminal has been completed, the railcar and truck unloading stations, 6 silos, the most efficient grain dryer, and a cleaning plant were built. A road for truck waiting – queuing was built, and the reception of incoming transport was fully automated.

“For 20 years, the company has been known as a strong, reliable, and competitive partner. The terminal is constantly creating new challenges for itself and is aiming for a cargo handling records, in 2019 the company handled 1 146 000 tons. The reconstruction of quay No. 142 has commenced in order to adapt it for the depth of 14.5 meters, and this is another historic event for the MIT, which will open up even greater cargo handling opportunities for the next decade,” said Julius Kiršis, Director of MIT.”

During the festival of the 20th anniversary of MIT’s operation,  its executives and owners thanked partners, city administration, and Terminal staff for their trust, partnership and teamwork which allowed to reach such results.