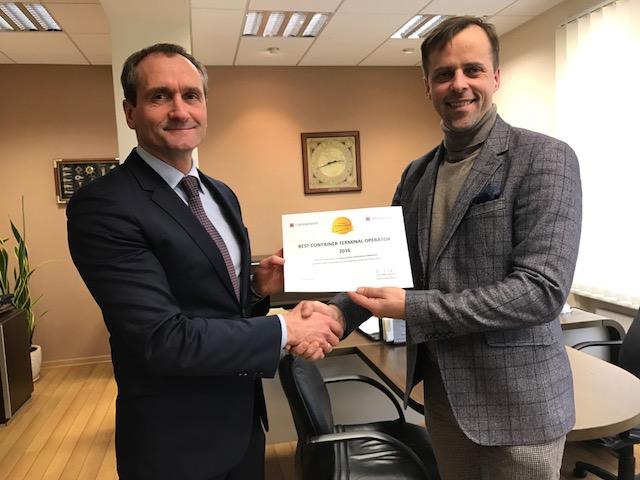 Containerships have finalised their ‘Terminal Operator of the Year’ rating of container terminals in the Baltic and North Seas serving the line’s ships. The honourable award of the best terminal operator in 2016 was granted to Klaipeda Container Terminal which demonstrated the best performance leaving behind not only the neighbouring Riga, St.Petersburg and Helsinki terminals, but also such European leaders in the trade as Rotterdam and Aarhus. The award was bestowed on February 10, which happens to be KKT foundation day – a perfect present for the company’s 23rd anniversary.