The choice of March 10 for the symbolic lighting of the building was not accidental. 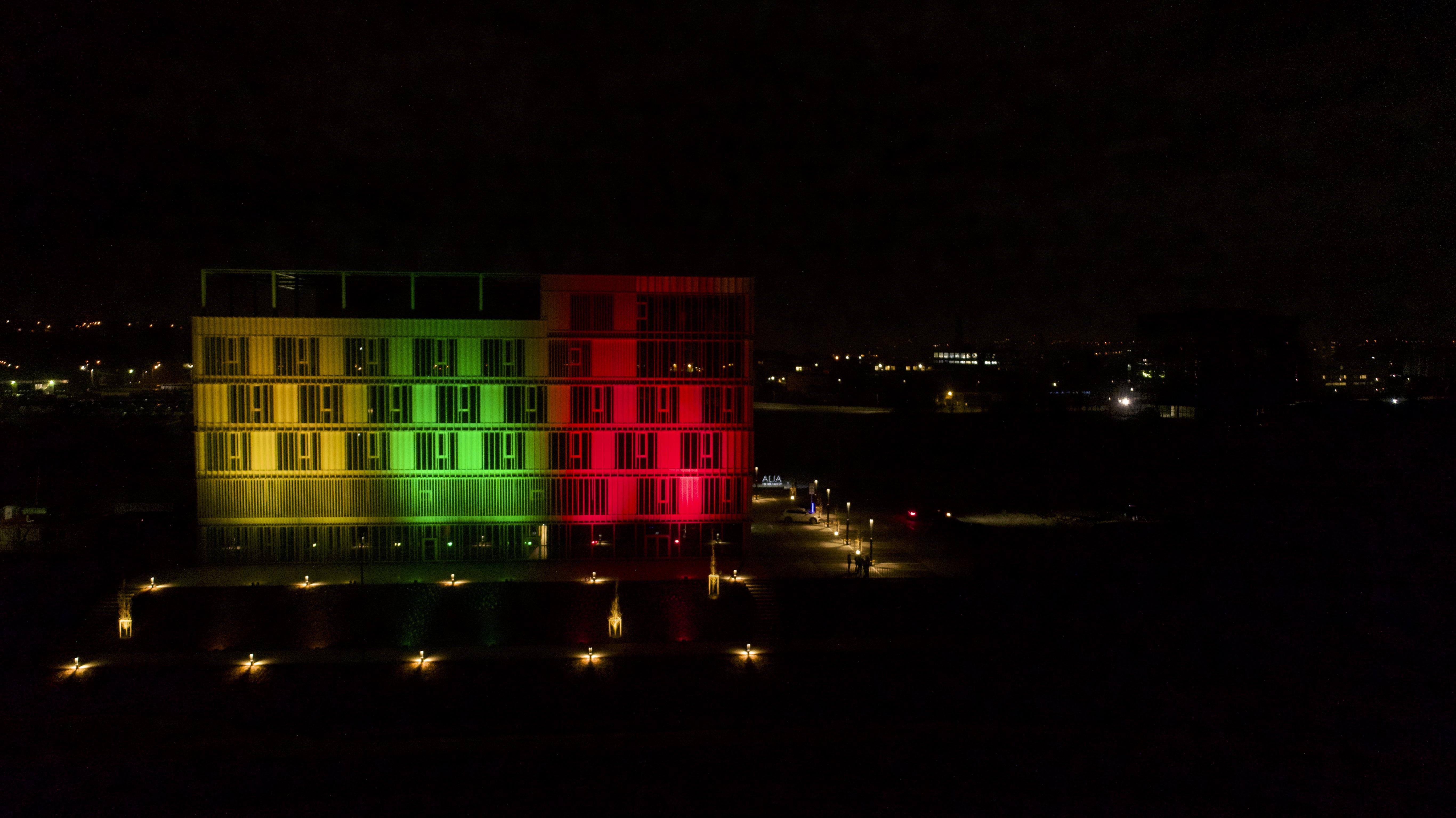 The A+ energy class business center ALIA opened its doors on Raudondvaris highway on Tuesday evening. The authors, employers, and contractors of this reconstruction project of this exceptional spot of Kaunas celebrated the completion of works.

From the outside, it may seem that the construction work of the ALIA business center was no different from the construction of similar office buildings.  However, this is a false impression, as the renovation of this building was, according to the specialists at work, a special process, which was completed in a record time of just one year.

The most advanced engineering solutions were used in the building, the implementation of which became quite a challenge for the project contractors NAVA LT PJSC.

The ALIA Business Center is the result of thorough work and a responsible approach of the project team.  The building preserves harmony between the natural nature and the modern architecture, thus creating an exclusive space community-based and responsible business which will be established in this place. This is the place where the history of “Klaipėdos Terminalo Grupė” will be created as well.